Aeropress was founded in 1984 by Alan Adler, a renowned inventor and retired Stanford University engineer instructor, to produce and sell his revolutionary sports equipment inventions, including the Aerobie Pro fly ring, which sets a Guinness world record for the longest throw.

In 2004, Alan began studying the coffee brewing process and analyzing coffee company designs to create a truly innovative device that would make a superior cup of coffee. At a trade fair in the coffee industry in November 2005, Aerobie debuted with its pioneering AeroPress coffee maker. 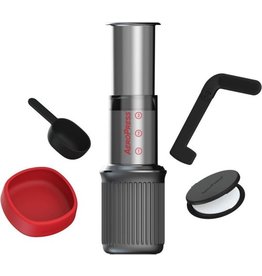 The AeroPress GO, the small coffee makers for at home, while traveling or at work.
Add to cart
AeroPress GO Coffeemaker
€31,99 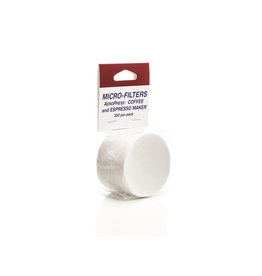 This package of 350 AeroPress microfilters should last for months.
Add to cart
AeroPress filters
€8,50
Please accept cookies to help us improve this website Is this OK? Yes No More on cookies »
← Return to the back office    Free delivery from €50 - B/NL • free gift wrapping Hide